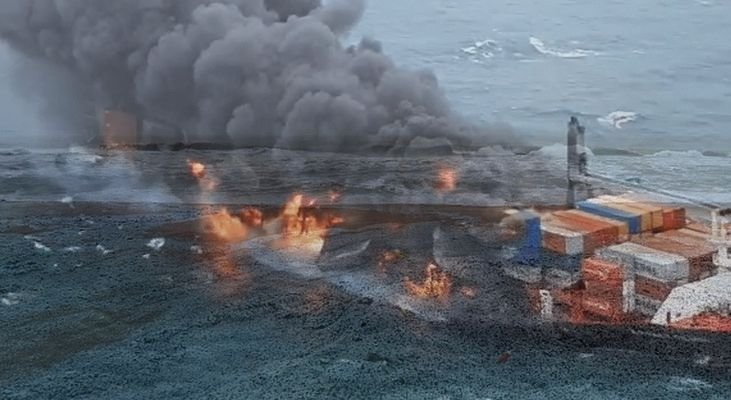 The MV X-Press Pearl spilled 1,680 tonnes of plastic pellets and 9,700 tonnes of miscellaneous plastics off the Sri Lankan coast in May 2021. With plastic piling up to two metres high on beaches, it is one of the country’s biggest environmental disasters and the world’s worst single occurrence of plastic pellet pollution.

Plastic pellets (alternatively referred to as ‘nurdles’) are little lentil-shaped balls measuring no more than 5mm in diameter. They are the industry’s raw material – melting and moulding them into plastic items is the job of manufacturing businesses.

Due to their tiny size, they are readily and often spilled at each point of the pellet supply chain, and large-scale spillage occurrences at sea are becoming increasingly common.

The aforementioned occurrence resulted in catastrophic contamination of 750 kilometres of pristine, biodiverse coastline and the loss of hundreds of iconic marine animals including turtles, whales, and dolphins.

Fish consumption, which accounts for about 40% of Sri Lankans’ protein intake, has decreased significantly, and fishermen’s livelihoods have been badly harmed by the West coast’s coastal fishing prohibition.

Despite their widespread presence along nearly every coastline investigated and mounting evidence that pellets operate as poisonous sponges and are consumed by a broad variety of marine animals, pellets are not currently considered persistent, harmful pollutants.

Stricter categorization by the International Maritime Organization would require pellets to be handled at sea in the same manner as other dangerous and hazardous chemicals. This categorization would imply far stricter handling and labelling requirements, below deck stowage, and sufficient disaster response methods, all of which would mitigate the damage suffered in Sri Lanka in the aftermath of future maritime disasters.

Meanwhile, this tragedy will continue to have catastrophic economic, social, and environmental consequences, as well as a legacy of toxic contamination that will have significant and long-lasting consequences for many generations to come.