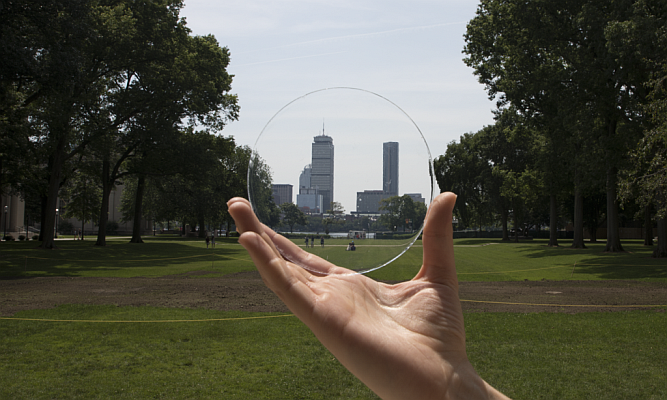 The University of Michigan stated last week that it will invest $3.1 million in the development of a novel “solar-transparent aerogel” for use in trough-style concentrating solar power plants. Aerogel is a porous substance that is incredibly light and are frequently made using clays and polymers.

The most commonly deployed solar thermal technology, parabolic trough power plants, focus sunlight onto receiver tubes conveying a circulating fluid via a form of mirrored halfpipe. That fluid absorbs heat and transports it for storage or use — generating electricity or producing fuels and other chemicals.

The issue is that traditional trough-style systems do not sufficiently heat the circulating fluid to power a wide variety of industrial operations. They can reach temperatures of up to 1,000 degrees Fahrenheit with the aid of specific coatings, allowing them to be used in a variety of industrial applications.

However, the new aerogel absorbs most sunlight to maximize heat acquisition while preventing the maximum amount of heat from leaving. The team has been collaborating with AeroShield Materials on the development of transparent aerogel tiles that are suitable for usage in a conventional four-meter parabolic trough.

It is modular, easy to deploy, and capable of producing industrial process heat at temperatures of up to 1,300 degrees Fahrenheit. That is the pitch for a new concentrated solar power system that features heat-trapping aerogel tiles in the shape of a transparent sponge. The ultimate goal is to decarbonize hard-to-decarbonize sectors of the industrial sector.