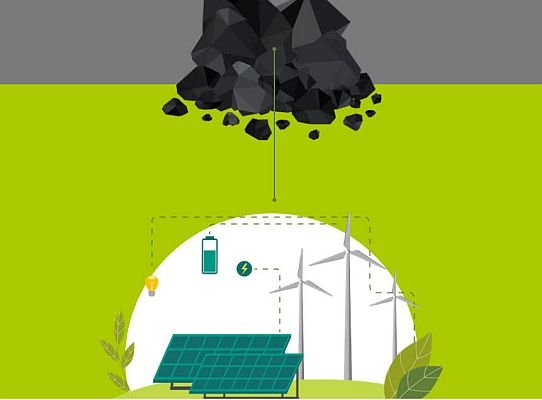 For the third consecutive year in 2020, Indian lenders poured more money into renewable energy projects than into coal-fired ones.

According to a research by Climate Trends and the Centre for Financial Accountability, clean energy projects received 74% of overall financial institution funding last year, or 243.8 billion rupees ($3 billion).

This is a 6% increase over the 229.71 billion rupees approved for sustainable energy projects in 2019.

Only 85.2 billion rupees, or 26% of 2020 lending by Indian lenders, went to coal-fired power projects. This reflects an 86 percent decline in coal plant approvals since 2017 and is consistent with dwindling funding for fossil-fuel projects internationally.

This trend is likely to continue following Modi’s announcement at COP26 of India’s goal of reaching net zero emissions by 2070. Modi also increased India’s 2030 aim for low-emission energy capacity to 500 GW from 450 GW and stated that the country should generate half of its electricity from renewable sources.

The survey, which examined 42 project finance loans totaling 329.97 billion rupees that completed last year, found that solar energy received the majority of financing and that commercial banks refrained from lending to coal projects.

According to government figures, renewable energy accounts for 40% of India’s current installed capacity of 392 GW, whereas coal still accounts for 52% so India is trying to aggressively change this mix.