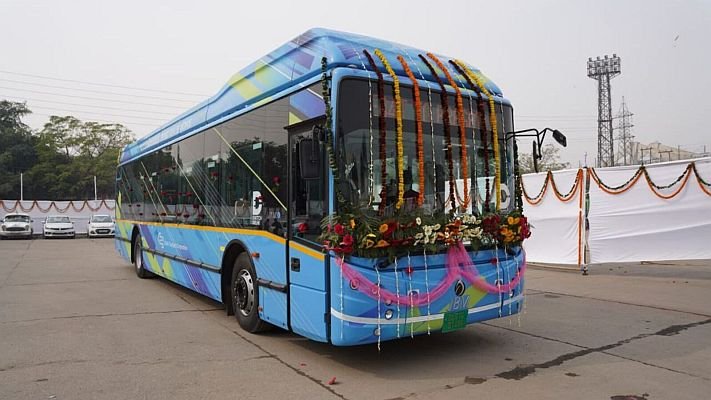 On Friday, the Delhi government celebrated the official launch of the city’s first 100 electric buses. These electric buses will contribute to the reduction of pollution levels while also assisting in the provision of transportation solutions in the nation’s capital, says the government.

We previously reported that the national capital would receive its first fleet of 300 electric buses in January 2022, which was back in September of that year.

The Cabinet had approved a proposal in March itself for the engagement of 300 Low-Floor Fully Electric Air Conditioned buses by DTC under the Centre’s ‘Faster Adoption and Manufacturing of Hybrid and Electric Vehicles in India [FAME] Phase-II’ Scheme.

By the end of 2021, according to Kailash Gahlot, Delhi will have received as many as 2,000 electric buses, according to an August 2020 statement. The rollout, however, was delayed as a result of a lack of infrastructure.