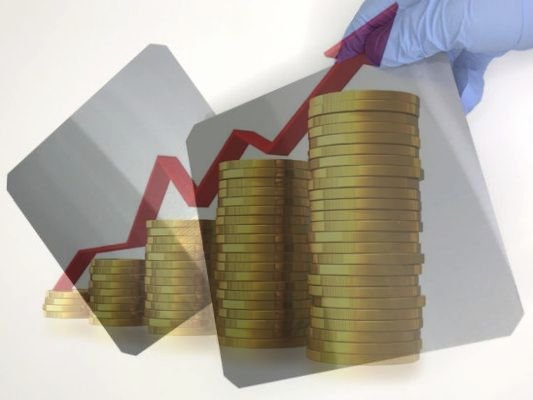 LONGi, a Chinese solar silicon wafer maker, hiked its pricing for the third time this year, as the market continued its comeback following a fall in the fourth quarter. For the first time since May 2020, the corporation hiked prices twice in January after reducing them in November and December.

Prices for silicon wafers declined in the fourth quarter as a result of unforeseen production interruptions and ongoing logistics problems at some downstream solar module manufacturing.

Some solar project developers have postponed equipment purchases and installations due to a lack of raw materials such as polysilicon, silicon metal, and solar glass, which has driven up costs since mid-2020. However, wafer supply remained constrained, and a January earthquake in China halted manufacturing.

Demand for both solar-grade and semiconductor-grade polysilicon is increasing. According to REC Silicon, a Norwegian company, roughly 200GW of solar silicon modules will be manufactured in 2021, requiring an estimated 575,000t of polysilicon.

The business anticipates that solar module output will increase to 240-250GW in 2022, with polysilicon usage reaching an estimated 650,000t.

With capacity utilization rates nearing 75%, REC Silicon anticipates that polysilicon pricing will stay stable until 2022. Longer ahead, REC anticipates an 11 percent yearly increase in demand for solar PV installations through 2025, which might offer support for polysilicon and silicon.