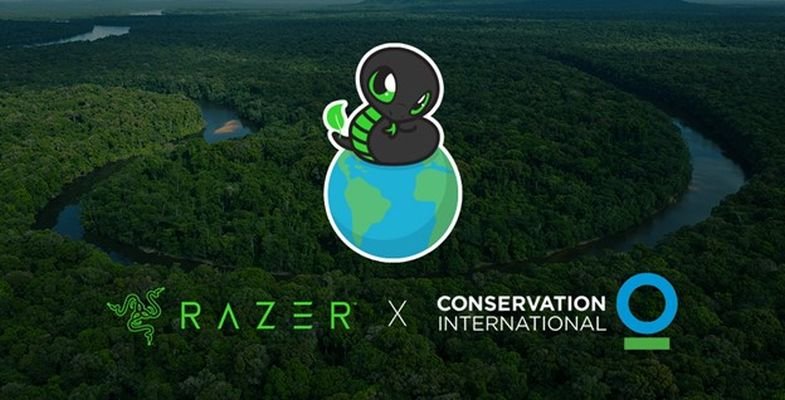 Razer, one of the most well-known gaming lifestyle brands that has collaborated with Conservation International, has reached the first milestone in its environmental journey, saving an incredible one million trees.

To commemorate the occasion, the company has produced a new sweatshirt featuring Sneki Snek, the cutest eco mascot since Smokey the Bear (every Sneki Snek plush sold saves 10 trees).

Razer’s initial objective was to save 100,000 trees, but their community of gamers exceeded that in a matter of weeks, and the company realized that their community could accomplish much more if they worked together. They are thrilled about what is to come now, that they have helped preserve one million trees, as the community prepares for the next challenge: saving 10 million trees.

These lofty goals are part of Razer’s decade-long environmental campaign, #GoGreenWithRazer. Its community of fans and followers have helped to safeguard around 4,000 acres of forest.

Sneki Snek, the face of the company’s environmental campaign, was inspired by a simple doodle created by one of Razer’s designers. The charming character has since appeared on everything from memes to tattoos.

He also has his own adorable cartoon series that aims to educate as well as entertain viewers about the environmental concerns facing the world. In addition to the Sneki Snek plush, the company recently released a Sneki Snek hoodie, which saves 10 trees with every purchase.

Razer’s effort is raising awareness of the challenges facing our planet and also providing its community a clear way to take action.

This is a PR Agency Feed; edited by Clean-Future Team