Our Air Conditioners Are Melting Icebergs On Poles… 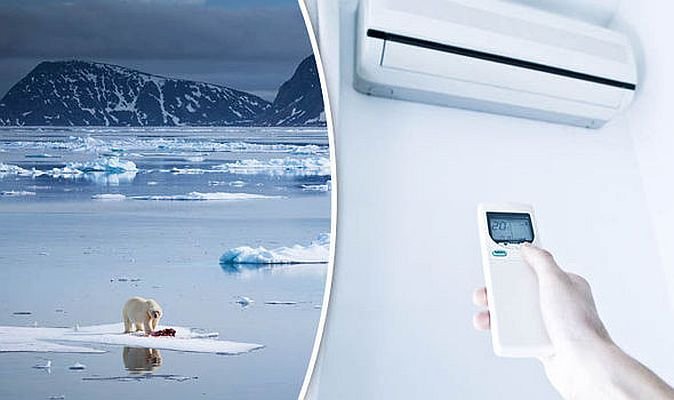 Greenhouse gas emissions from air conditioners are predicted to rise as economic expansion drives efforts to manage both temperature and humidity. according to a study conducted by experts from the National Renewable Energy Laboratory and Xerox PARC.

According to the experts, the growing requirement to cool the air is both a cause and an effect of climate change. Even a small amount of moisture in the air may make people feel uneasy and even cause mold and mildew to grow in buildings.

The remaining 1,950 million tonnes of CO2 originate from the leaking of global-warming-causing refrigerants as well as emissions during the production and transportation of air conditioning equipment.

Managing humidity using air conditioners has a greater impact on climate change than controlling temperature. The problem is projected to intensify as customers in other nations, notably India, China, and Indonesia, install a large number of air conditioners in a short period of time.

To get a transformational change in efficiency, we need to look at different approaches without the limitations of the existing one.