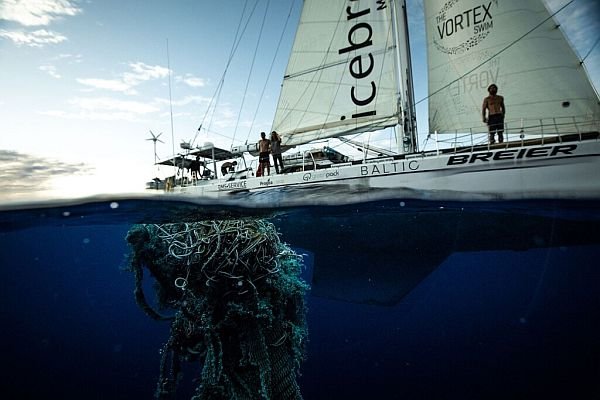 As competitive distance swimmer Ben Lecomte neared the border of the Great Pacific Garbage Patch, he began to notice an unusual phenomenon: a lot of life.

Many of Lecomte’s findings were gathered and evaluated by experts from various institutions across the world in a report that has yet to be peer-reviewed and was released last Friday.

Rebecca Helm of the University of North Carolina, one of the research’s co-authors, detailed the results in a lengthy tweet thread. Helm also provided breathtaking photographs and video of the patch’s wriggly, transparent inhabitants.

Given the quantity of fish and creatures that live in the patch, cleaning it with physical nets and removing plastic isn’t such a smart idea. Instead, the emphasis should be on preventing plastic pollution at its source so the patch doesn’t get any bigger.

While cleaning up the plastic that is creating microplastics in practically every area of the human body, including infants, putting nets into the water to gather waste also eliminates the creatures that live there.

For the same reason, a more recent 2021 cleaning attempt garnered scrutiny, and earlier this month, the Ocean Cleanup, the NGO that oversaw both cleanups, was accused of fabricating plastic collecting images.

Perhaps the world’s waste patches will eventually resemble miniature versions of the Galapagos Islands, which are home to species that have evolved to exist in a unique habitat throughout time.