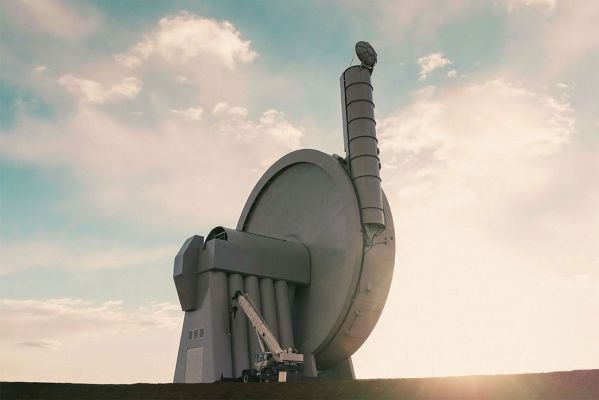 SpinLaunch, a startup is aiming to electrify space launches, picked Spaceport America in New Mexico as its first location. Unlike most space-launch companies, SpinLaunch hopes to transition away from using fossil fuels or other chemical rockets to launch objects into space.

Instead it is developing an electric launch system in southern New Mexico that would significantly reduce the environmental and climatological impacts of space launches.

Precision computer regulates the rocket’s release from the arm and sends it forth like a sling, an ancient weapon that tosses rocks (not to be confused with a slingshot). When the rocket is released, it breaks through a tiny plastic membrane (which closes the vacuum chamber) and soars out into space.

Recently, the business successfully launched a camera into the atmosphere using their centrifugal launch platform, and video of the dramatic trip was shared with media outlets. Spinlaunch’s first suborbital system (seen in the video above) is intended to test the technology, but the business plans to build a larger orbital launcher in the future.

Neither method can deliver loads into space on its own, but by pushing the rocket to more than six times the speed of sound during launch, the requirement for a large rocket that consumes a large amount of fuel is avoided.

A Spinlaunch rocket, on the other hand, may be relatively tiny while still carrying its payload into space. This reduces both the monetary and environmental expenses of launching tiny spacecraft (such as satellites) into orbit.

So Spinlaunch isn’t a competition to SpaceX, which will be able to safely transport enormous loads (including humans) into orbit and (hopefully) back home. However, the ability to launch small satellites at low cost and with minimal environmental damage makes it a vital approach to electrify and clean up access to space.