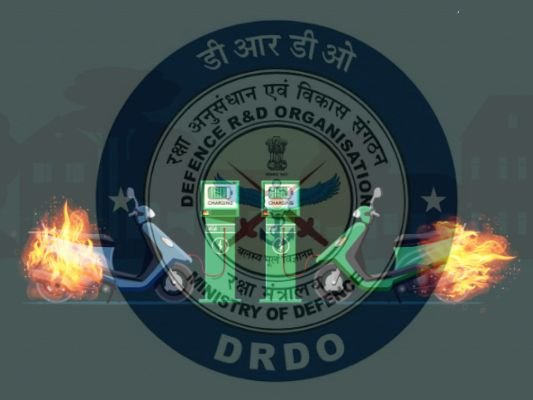 The Defence Research and Development Organisation (DRDO), which was charged by the Union Road Transport and Highways Ministry with examining EV fire accidents, discovered major flaws in the batteries, including the designs of the battery packs and modules.

According to insiders, these flaws occur because electric two-wheeler manufacturers such as Okinawa Autotech, Pure EV, Jitendra Electric Vehicles, Ola Electric, and Boom Motors may have utilized “lower-grade materials to save money.”

After this reports, the ministry has summoned representatives of these EV producers and requested that they provide an explanation for the DRDO research results. Following the reports of EV fires, Pure EV and Boom Motors, as well as Ola Electric, Jitendra EV, and Okinawa Autotech, recalled problematic batches.

The first results of the government-appointed EV fire investigation committee have already uncovered flaws with battery cells or design in nearly all of the country’s electric two-wheeler fire occurrences.

In virtually all EV fires, specialists discovered flaws in battery cells as well as battery architecture. The government is now developing new quality-centric criteria for EVs, which will be released soon.

At least 12 electric two-wheelers have exploded so far, and numerous EV manufacturers have recalled defective batches in response to mounting government pressure.