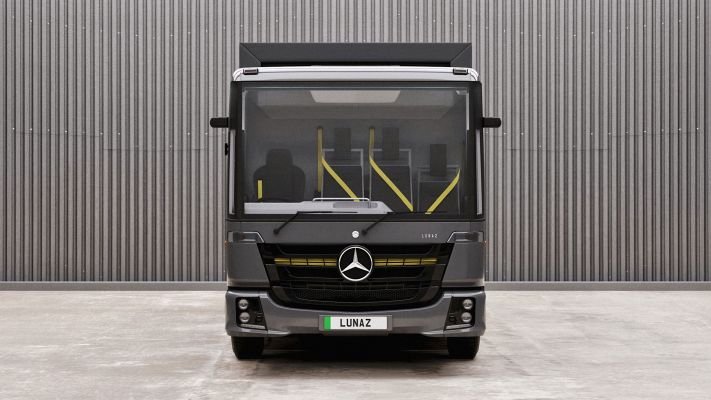 Lunaz, a British electric restomodding firm, has revealed a new upcycled garbage truck outfitted with electric motors and batteries. The business recently announced the completion of a fresh investment round, bringing the total worth of the company to $200 million.

The modified garbage truck, which will be the first of a fleet of “Lunaz Industrial Upcycled Electric Vehicles (UEV),” began as a standard garbage truck. However, the company has completed a comprehensive bare-metal restoration of the vehicle, providing fleet operators with a vehicle in factory new condition.

The old diesel engine is then removed and replaced with a suite of electric batteries and motors from Lunaz. The company claims that an environmental audit it commissioned found that more than 80% of the embedded carbon over a vehicle’s total lifetime is saved when upcycling, rather than replacing an existing truck with a new electric version.

Despite these improvements, the business thinks it can supply completely upcycled, re-engineered garbage trucks to municipalities and waste management organizations for “about the same price” as a new diesel counterpart and “considerably less” than a new electric equivalent.

Lunaz also claims to have inked fleet electrification agreements with large authorities and private organizations in the United Kingdom and the United States, with a market debut date of 2023.