Audi Is Pioneering A Carbon-Neutral Approach To Logistics… 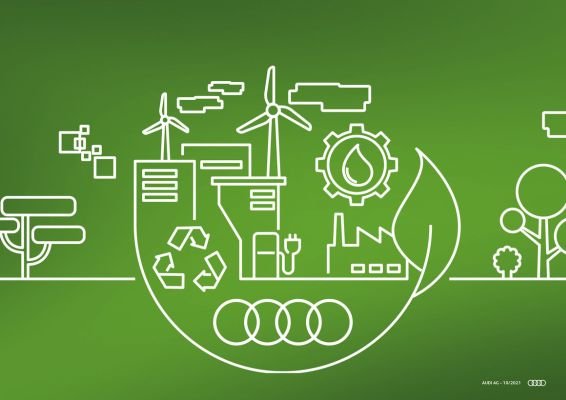 Audi is celebrating a holistic approach to carbon-neutral logistics on its grounds. It is a significant step forward in Audi’s drive toward total sustainability: Components for battery manufacture at it’s Brussels factory will no longer be supplied by vehicle from Hungary, but by rail via DB Cargo.

Audi employs DB Cargo’s DBeco plus service wherever possible — for example, now for the legs of the route in Austria and Germany: The service uses only renewable energy such as wind, water, or solar energy, making transportation carbon-free and uses DBeco neutral in Hungary and Belgium. The energy consumed for transportation is offset by using climate certificates, lowering carbon emissions elsewhere.

The measure will significantly lower Audi’s damaging carbon emissions while also saving the company a lot of money. The change in distribution methods between Hungary and Brussels began in May and is expected to be completed by the beginning of 2023.

This changeover will minimize annual carbon emissions by about 2,600 tons – and will serve as a model for, if feasible, modernizing all shipments of the vehicle manufacturer’s battery components.

The change pioneered by Brussels is expected to be expanded to the entire firm in the near future: high-turnover components, such as battery modules and cells, will gradually transfer to rail delivery — Audi plans to ship these components solely by train from 2025 onward.

This is a Audi Media-center Feed; edited by Clean-Future Team