Samsung Batteries Are Bursting Out of Phones Due To Heatwave 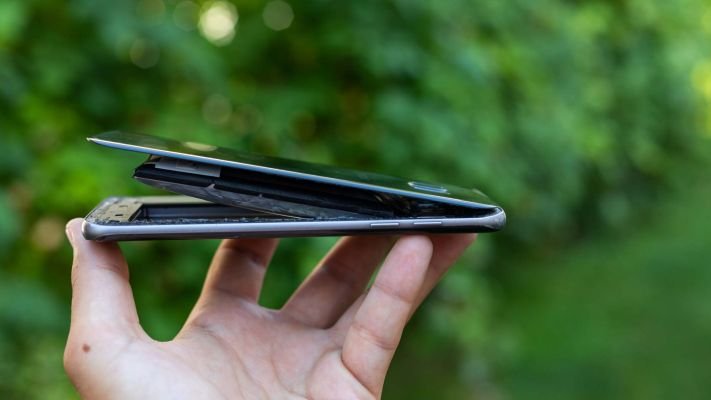 Mrwhosetheboss, a YouTube tech reviewer who goes by the name Arun Maini, claims to have made a frightening discovery while checking his large collection of smartphones.

Maini shared photos of three Samsung phones that he says exploded due to the extreme heat in the UK. Because of the current UK heatwave, the batteries on three of his Samsung phones have blown up. No other brand suffered the same fate.

In the worst-case situation, those inflated batteries might explode and catch fire, which should give anyone pause, especially given that several nations are setting heat records this summer. Maini’s results aren’t exactly shocking, given that the Korean smartphone manufacturer has a lengthy history of similar issues.

In 2017, Samsung received several complaints of the batteries in its Note 7 smartphone exploding and catching fire. The final autopsy revealed problems with the phones’ electronics. The circumstances were unpleasant, but not unusual.

It’s still unclear whether the heat was the cause of these Samsung cellphones popping up – there’s a chance it had nothing to do with the heat at all. Even so, as the world continues to heat up, there is less space for mistakes and oversights in technology manufacture and tech companies like Samsung should be more cautious than ever before.