Can Planting Mangrove Forests Protect Us From Flooding? 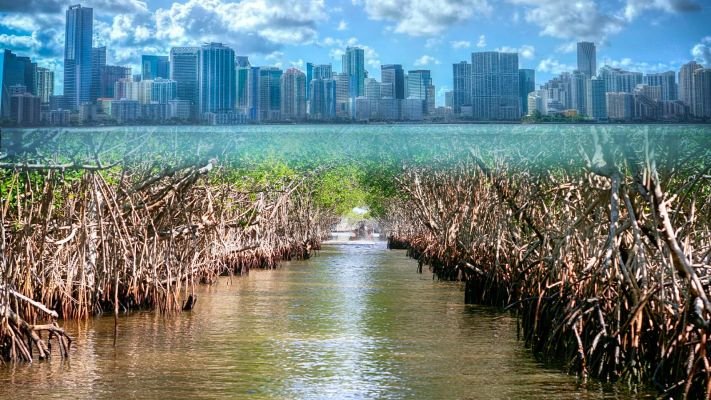 The capacity of mangrove forests to absorb the energy of hurricane-force winds and crashing seas is widely established. According to 2020 study published in Scientific Reports, they protect 15 million people worldwide from dangerous severe storms and save $65 billion in property damages each year.

A massive tsunami, one of the worst in history, blasted over the Indian Ocean in 2004, confirming their worth. Mangrove-protected villages in India and Malaysia experienced less damage and lost fewer people. The Indian government has prohibited their destruction since 2005.

Even modest patches of their forest may protect coasts from erosion and purify dirty water. As a bonus, mangroves store copious amounts of carbon emissions, as much as five times more, acre for acre, than terrestrial forests.

More than half of the world’s mangrove forests have vanished since 1980, mostly as a result of urban coastal expansion, road construction, and farming.

Much of the loss has happened in Southeast Asia, where about one-third of the world’s mangroves grow and are logged for charcoal manufacture and removed to make way for aquaculture ponds, especially for shrimp cultivation.

The most amazing thing about mangroves is that they exist in continually challenging situations. They’ve developed a solution to deal with salinity. They have discovered a means to survive with high temperatures, which are extremely difficult for trees. They discovered a technique to grow in soils devoid of oxygen, which would have killed other trees.

But they have yet to develop a solution for us HUMANS… 🙁