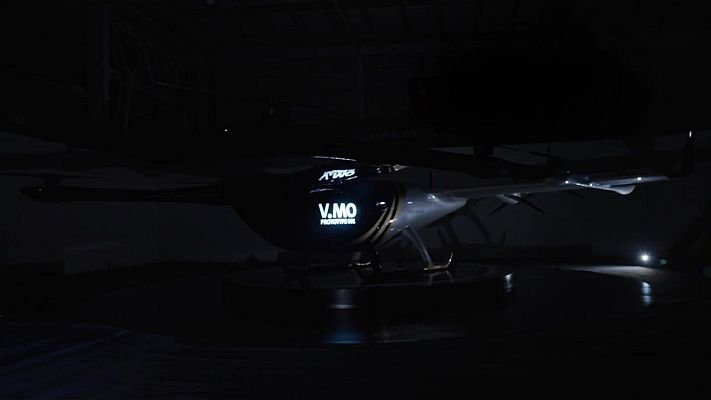 The China Group launched a Vertical Mobility initiative in 2020 to investigate the next generation of mobility options, such as the urban air mobility market and expanding city traffic into airspace.

The Volkswagen team has developed its first validation model, V.MO, after extensive research, idea development, and prototyping. After being debuted in the Year of the Tiger, the “Flying Tiger” was named the original prototype because to its striking black and gold paint job.

The prototype concept is built on existing self-driving systems and battery technology for zero-emission mobility. The aircraft has a luxury x-wing structure of 11.2m in length and 10.6m in span width, with eight rotors for vertical lift and two propellers for horizontal flight.

Later this year, the Group will perform further flight tests to perfect the idea, and a modified prototype will undergo more advanced test flights by late summer 2023. The totally electric and autonomous eVTOL may potentially carry four passengers plus luggage over a distance of up to 200 kilometres in its final future incarnation.

Volkswagen Group China is expanding its local research and software capabilities in order to respond to consumer requests more rapidly and considerably accelerate innovation. The Vertical Mobility program necessitates interdisciplinary thinking in a new domain, and the Group assembled a team of young, local professionals to spearhead it.

With increased flexibility, VTOL air vehicles will be able to carry passengers more swiftly and effectively than today’s traditional means of land transportation. Volkswagen Group China will cooperate with Chinese authorities to secure accreditation as the Vertical Mobility initiative progresses.