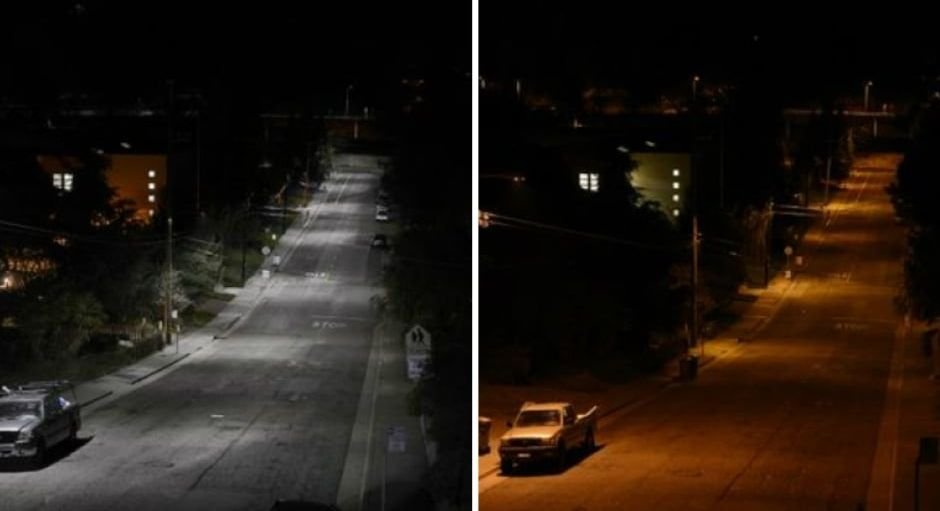 In a new study, researchers have discovered that the more energy efficient and higher visibility LED lights that are rapidly replacing the old school sodium lights for outdoor use in Europe are bringing with them some unintended but drastic consequences. The study was researching the spectral composition of the continent’s lighting using images captured from the International Space Station.

“This trend of replacing old school sodium lights with LED is significantly raising the likelihood of adverse consequences on ecosystems,” the researchers write.

Indeed, blue light is often suspected of suppressing the body’s melatonin synthesis. And, with it strewn throughout the environment, it’s easy to see how LED’s blue light may have negative consequences on humans as well as animals, or, as the paper puts it, “severe biological implications.”

But what of LED’s supposed benefits? Are they worth drenching the night in a clinical white? The researchers don’t think so.

It appears that using yellower, warmer lights to brighten the night would be preferable than damaging the local ecosystem.