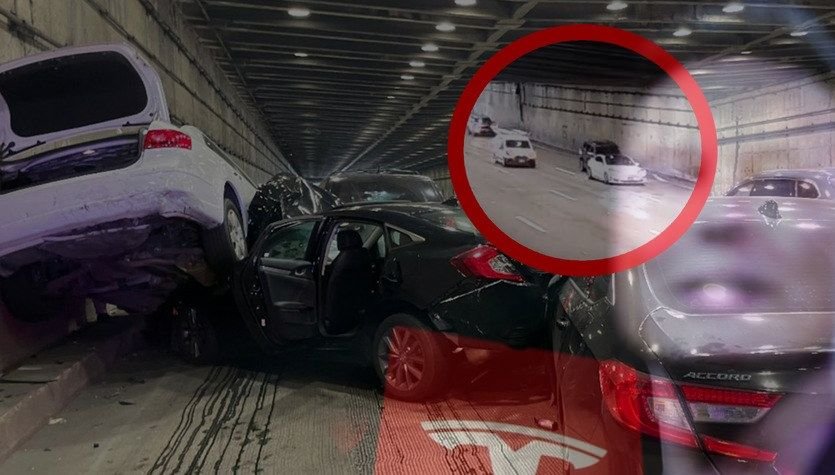 New video has emerged of a Tesla self-driving car accident that caused a pileup on the San Francisco Bay Bridge – a catastrophic collision in which a toddler was hurt.

Security camera footage from the November 24, 2022 collision appears to back up eyewitness statements, with the automobile quickly moving into the fast lane of one of the bridge’s underpasses before braking, resulting in an eight-car pileup. The collision wounded nine persons, including a two-year-old kid.

According to a California Highway Patrol investigation, the driver stated that he was utilizing Tesla’s FSD when the car’s left turn signal and brakes abruptly triggered. The driver also seemed to suggest that the car drove itself into the left-most lane before “slowing to a stop” right in front of another car, catalyzing the pileup.

This latest example of the developing problem with Tesla’s Autopilot and FSD capabilities is especially heinous because it occurred on Thanksgiving Day – the same day Musk introduced it to all North American users.

With the addition of this new footage, this accident becomes a textbook example of why federal authorities and consumers alike are concerned about Tesla’s automation efforts, which federal regulators suspect are far more dangerous than assisted driving software offered by other electric vehicle manufacturers.

Despite this increasingly frightening situation, there are no federal laws regarding autonomous car testing on the books, but some states have begun establishing their own limits.