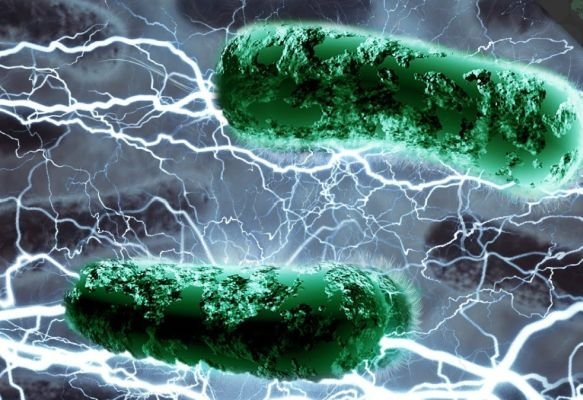 Deep in mines, at the bottom of lakes, and even in your own gut, bacteria’s are hard at work producing electricity in order to survive in environments low in oxygen.

These potent little power producers have been used in speculative experiments and one day may power everything from batteries to “biohomes.”

Electricity-producing bacteria are able to pull off the trick by producing electrons within their cells and releasing them through tiny channels in their cell membranes in a process called extracellular electron transfer, or EET.

The trouble with these bacteria is that they are difficult and expensive to grow in a lab setting, slowing down our ability to develop new technologies with them.

However a new technique developed by MIT engineers makes sorting and identifying electricity-producing bacteria easier. The team separated cells based on a much more minute difference, their ability to produce electricity. By applying small voltages to bacteria strains in an hourglass-shaped microfluidic channel thus they were able to separate and measure the different kinds of closely related cells.

By noting the voltage required to manipulate bacteria and recording the cell’s size researchers were able to calculate each bacteria’s polarizability — how easy it is for a cell to produce electricity in an electric field.

Their study concluded that bacteria with a higher polarizability were also more active electricity producers.