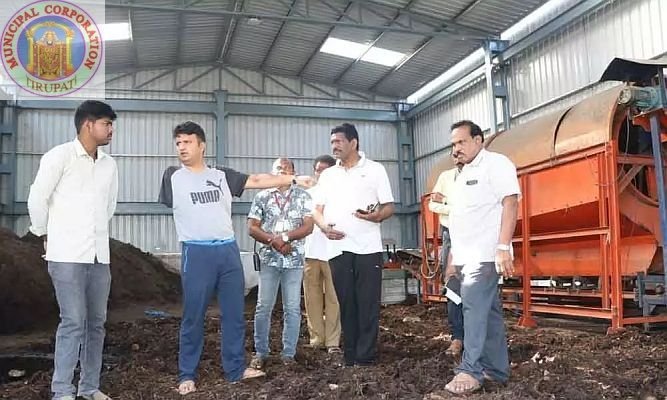 Municipal Corporation of Tirupati (MCT) authorities have set up a new waste management plant as a solution to clear garbage in city.

Presently everyday more than 240 metric tonnes of garbage is being generating in the city. After segregation of garbage civic body authorities are sending the garbage to Rmapuram dumping yard located 30 km from the city.

Two years ago officials had planned to construct a solid waste management near Thukivakam village and the works started six months ago with Smart City funds.

Later they will process the bio waste as manure. Similarly, plastic waste would be sent for recycling process. Officials also made arrangements for recycling of building waste material at the plant.