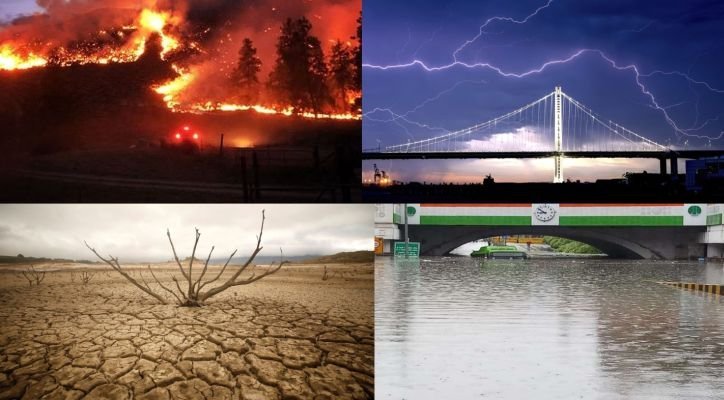 Half way down the world in India, rainfall has been 25% more than normal in August, which India Meteorological Department (IMD) says is the highest for the month in 44 years.

The previous highest in August was recorded in 1983, when rain was 23.8% more than the normal.

Such unusually heavy rains led to rivers flowing at extreme flood situations. It signifies that the highest flood level is breached.

Eight dams in Odisha, Maharashtra, Karnataka, and MP are at 100% capacity and will have to release water to accommodate more rainfall.

The country has recorded 26.3% excess rains in August –– the highest in 44 years with

Is it possible that a warming planet had anything to do with either situation?

The scientific consensus is that global warming plays a role in the occurrence of more frequent storms, heat waves, and forest fires.

Bottom line: every extreme event has potentially been exacerbated by our amped-up climate, and the same is true for Marco, Laura, the California wildfires and extreme Monsoon rains in India.