Should we SWITCH to Renewable Energy? 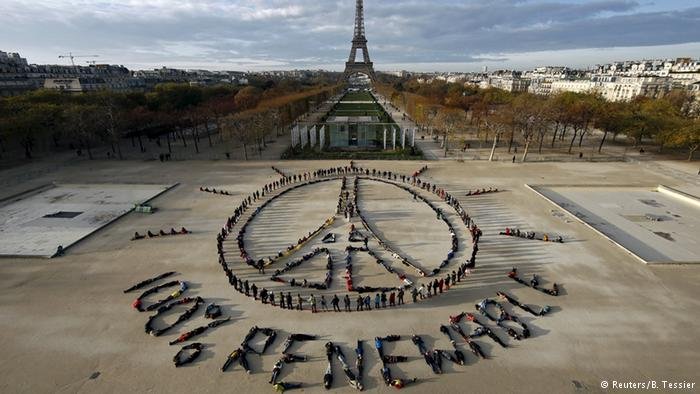 The words climate change and renewable energy has become the buzz words in media, conferences, summits or major national and international events. This has been the focal point of many a meeting of international business leaders and the governments. The recent one was at COP21 in Paris, 2015 which brought about many a countries’ dedicated notions to save the environment.
But how serious is climate change? And how soon do we need to switch to renewable energy?
The first image that comes to mind is the thick layer of greenhouse gases that envelop the earth’s atmosphere, which is not really true, the carbon dioxide is only 0.0338% of the total of all the atmospheric gasses. So why are we scared?

The thing to worry about is not that we will be adding more carbon dioxide into the atmosphere but the fact that the level of carbon dioxide has risen around 20% in the past couple of centuries and is estimated to rise another 10% in the next 50 years. This is a reason to worry because the temperatures rising will not only effect the ice caps and sea level it will have unprecedented effects on marine life, seasons and a lot more.

The need to switch to renewable energy is very very urgent. It was estimated that the temperature of the planet will rise by 2 degrees Celsius in the first half of the century, but the temperature shave already risen 1 degree and the latent heat and the overall heat released due to melting of ice is another 0.5 degrees giving us the target of reducing the emissions just enough to keep the temperature in check and not let the temperature rise beyond the stipulated limit. We have seen green initiatives taken by countries across the globe, drastically investing in renewable energy. If some researchers are to be believed, we need to completely stop the use of fossil fuels immediately to ensure the increase in temperatures remain within limit.

But since this is not feasible the various industries are actively trying to switch to renewable sources of energy, like Shell Corp recently confirming it entry in the offshore wind projects, TATA group another major industry leader confirming its plans to switch to solar by the end of this century working through its division Tata Power. Unilever was among 81 companies, along with rivals Nestle and Procter & Gamble, that have signed up to set emissions targets for their businesses with the aim of limiting global warming to less than 2 degrees Celsius and would switch to renewable energy by 2030.

Unilever Chief Executive Paul Polman is a leading advocate for the idea that there is a business case for sustainability. It has saved over 400 million euros ($424 million) through eco-friendly measures taken at its factories since 2008 and says its brands fully embrace sustainability. Earlier this year, IKEA [IKEA.UL], the world’s biggest furniture retailer, said it plans to invest heavily in renewable energy as it seeks to generate all the energy used in its shops and factories from clean sources by 2020.

The governments aren’t lagging behind either with countries like India and China investing billions of dollars to develop its renewable resources. New technologies are being brought forward every other week which promises to solve our power woes.

A new study – co-authored by Stanford researcher Mark Z. Jacobson and UC-Davis researcher Mark A. Delucchi – analyzing what is needed to convert the world’s energy supplies to clean and sustainable sources says that it can be done with today’s technology at costs roughly comparable to conventional energy. But converting will be a massive undertaking on the scale of the moon landings. What is needed most is the societal and political will to make it happen.

The world they envision would run largely on electricity. Their plan calls for using wind, water and solar energy to generate power, with wind and solar power contributing 90 percent of the needed energy. Geothermal and hydroelectric sources would each contribute about 4 percent in their plan (70 percent of the hydroelectric is already in place), with the remaining 2 percent from wave and tidal power.
Vehicles, ships and trains would be powered by electricity and hydrogen fuel cells. Aircraft would run on liquid hydrogen. Homes would be cooled and warmed with electric heaters – no more natural gas or coal – and water would be preheated by the sun.

However, Albert Manfredi (The Boeing Company) feels that emphasis on just renewable energy is not enough. For one thing, in practice, that takes a long time. More importantly, it may eventually not even be enough to solve the problem! A global and concerted effort at reforestation is needed. It makes the planet look better, and creates a more robust, self-regulating system, where we would not rely only on our collective ability to hold our breaths (so to speak).

Kamal Mohammedi (University M’Hamed Bougara of Boumerdes, Algeria) says It’s an economic question we need a low cost kWH to switch to Renewable energy and also a high cost of fossil energy. Carbon pricing and new environmental rules…fossil resources extinction… are forcing the switching to Renewable Energy technologies moreover with each passing day these technologies are improving in their efficiency and economic viability.

Bill Gates (Microsoft founder) is of the opinion that today’s renewable-energy technologies aren’t a viable solution for reducing CO2 levels and given the cost of using current renewables such as solar panels and windfarms to produce all or most power would be “beyond astronomical”. The answer is for governments to divert the massive sums of money which are currently funnelled to renewables owners to R&D instead. This would offer a chance of developing low-carbon technologies which actually can keep the lights on in the real world.

These thought and actions are commendable but the truth remains that we are still heavily dependent on fossil fuels for our power needs and are nowhere near the needed situation to phase these out and adopt renewable energy. The mere show of good faith and will power in developing renewable energy will not be enough as the fact remains that the technologies that might help us is still a thing of the future and the present will need the contribution of every individual on the planet to ensure that we indeed have a future- “The only way you can get to the very positive scenario is by great innovation,” –Bill Gates