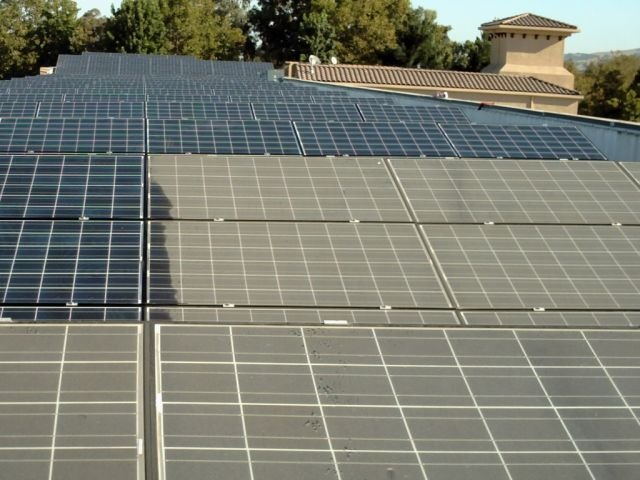 Researchers from Duke University found that air pollution — specifically airborne particles, which accumulate on solar cells — is cutting solar energy output by more than 25 percent in certain areas of the world, causing billions of dollars of losses. The hardest hit regions happen to be those currently investing the most in solar energy infrastructure: China, India and the Arabian Peninsula.

Duke University in collaboration with Indian Institute of Technology-Gandhinagar and the University of Wisconsin at Madison confirmed that solar panels become significantly less efficient as they become dirtier over time. The examined panels showed a 50 percent drop in efficiency. Analysis of the panels showed that they were covered in about 92 percent dust and 8 percent carbon and ion pollutants, particles from man-made pollution.

This 8 percent is particularly dangerous, researchers said, as small particles from human-made pollution are extremely effective at blocking out light. In polluted environments, ambient particles in the surrounding air also block out sunlight and undercut solar panel efficiency.

Concluding from these finding researchers estimated that dry regions like the Arabian Peninsula, Northern India and Eastern China must be facing efficiency losses between 17 to 35 percent, depending on how well they’re maintained.

We always knew these pollutants were bad for human health and climate change, but now we’ve shown how bad they are for solar energy as well. However cleaning solar panels is somewhat complex, and there’s a risk that cleaning them incorrectly could damage the expensive structures.