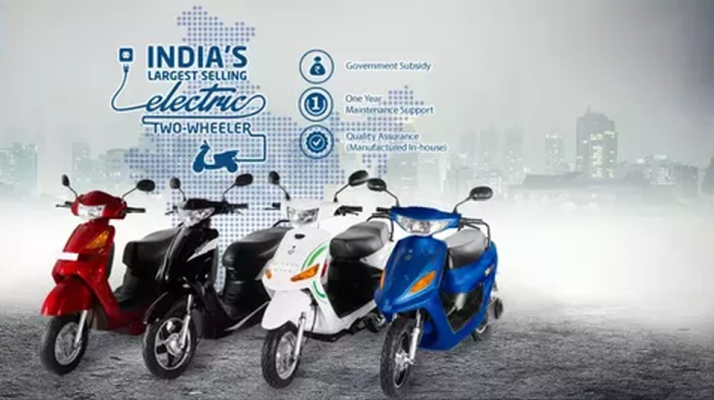 Since the time Indian government had set a target to transition the country entirely to electric vehicles by 2030. All top scooter and motorcycle manufacturers have lined up their clean-energy products for launch starting next year.

The two-wheeler segment, in fact, has gained a head start with companies such as Hero Electric, Electrotherm selling electric scooters in India for several years now — the mainstream companies, though, are yet to launch their own electric two-wheelers. In the passenger vehicle segment, while Mahindra & Mahindra makes and sells electric cars, technology to commercially develop full-size electric vehicles is still at an early stage even globally.

Hero MotoCorp, the world’s largest motorcycle maker by sales volume, is working on developing electric two-wheelers in-house at its Centre for Innovation & Technology in Jaipur. This is in addition to its strategic investment in electric two-wheeler startup Ather Energy. Ather Energy on its own is scheduled to launch India’s first indigenously designed and developed electric scooter (S340) next year. It would be priced in the same range of 110-150 cc scooters.

Chennai-based TVS Motor is also developing an electric scooter (codename U218), which may hit the roads sometime next financial year.

Bajaj Auto has reportedly announced plans to launch a new brand, Urbanite, for electric vehicles that will be launched by 2020. Bajaj also claims to be developing a premium motorcycle, an equivalent of the Tesla in cars.

Tork Motorcycles is planning to bring in an electric two-wheeler (codename P6X) early next year.

Honda and Yamaha, which already sell electric two-wheelers in markets overseas, have commenced discussions with stakeholders in India to bring down costs and ensure availability of adequate infrastructure to launch products here.

In our opinion it will take some time for electric cars to be sold en masse. But sales of electric two-wheelers can take off quickly since the cost of li-ion batteries is coming down and performance of products has improved considerably. Some 4,50,000 electric two-wheelers were sold in India in the past eight years. The potential of electric vehicles in this segment is massive, given that more than 17 million two-wheelers are sold annually in the country.