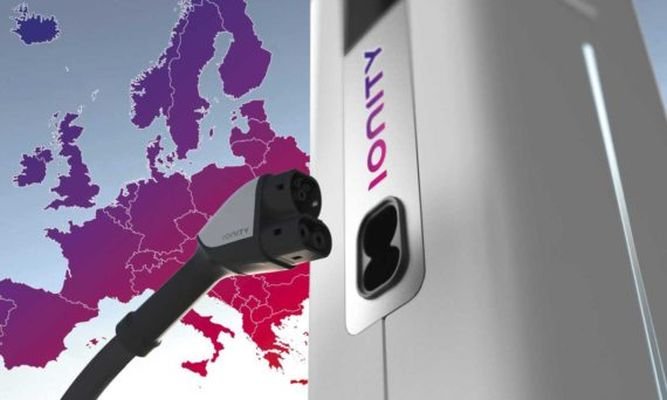 Automakers have been reluctant to spend money on charging infrastructure for electric cars, hoping against hope that someone else would do the heavy lifting.

Yet, in order to meet tougher emissions regulations, they need to sell more electric cars. Faced with that reality, Daimler, Volkswagen, Ford, and BMW have formed a formed a partnership that will build a network of 400 fast charger locations along major travel routes in Europe. The network will be known by the name Ionity.

The first 20 fast charger locations will be installed at 75 mile intervals along highways in Germany, Austria, and Norway by the end of 2017. A total of 50 locations will be in service by the end of 2018. The target date to complete the network is 2020. Each charge point will use the CCS charging standard and have a maximum power of 350 kW. The new network is intended to compete with Tesla’s Supercharger network, which has 7,000 chargers in operation worldwide and is well on its way to more than 10,000 soon.

The CCS standard is supported by Volkswagen, General Motors, BMW, Daimler, Ford, Fiat Chrysler, and Hyundai. Even Tesla is part of the CCS working group, yet its cars do not come with CCS charging ports built in.

Standards are critical to the acceptance of all new technology.

At present, there are three charging standards in wide use throughout the world — CHAdeMO, CCS, and Tesla. China has its own standard, and is home to approximately half (or even more) of new electric car sales. Many countries have a hodgepodge of standards that make traveling long distances in an electric car a daunting challenge.

Eventually, one standard will prevail. The use of CCS chargers is growing rapidly but Tesla has yet to add a CCS charging port.