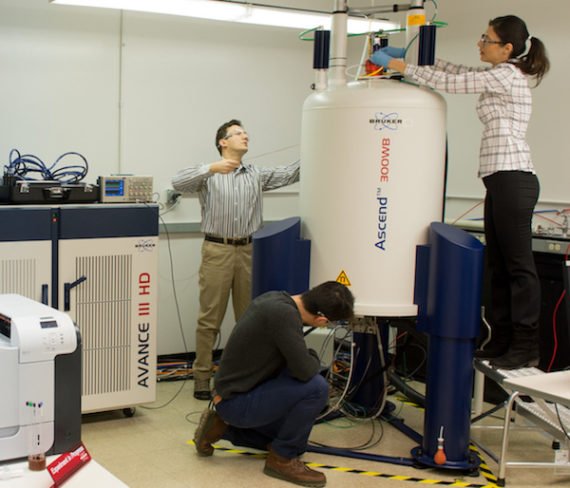 When it comes to energy storage technology, it’s hard to beat lithium-ion. However, the rise of wind and solar has brought forth new motivation to develop new batteries that offer higher energy density at lower cost, and it looks like magnesium is in the running.

So, what’s the problem?

The catch for multivalent ions is that their increased charge draws surrounds them with other oppositely charged ions and solvent molecules — which can slow down their motion and can lead to exiting the electrolyte for the electrodes…the basic problem is that the liquid electrolyte in a Mg-ion battery tends to corrode other elements in the system.

The good news is that research team has developed a whole new class of solid conductors and settled on magnesium scandium selenide spinel, which performs about as well as a lithium-ion battery solid state electrolyte. Researchers at Argonne documented the structure and function of the new material using nuclear magnetic resonance spectroscopy (NMR).

Next steps include testing the new material in a full energy storage system, AKA a battery. That’s going to be rather complicated. Berkeley Lab points out that the new study pinpointed two related energy storage issues having to do with anti-site defects and the magnesium conductivity, both of which will influence the direction of further research on solid state electrolytes.