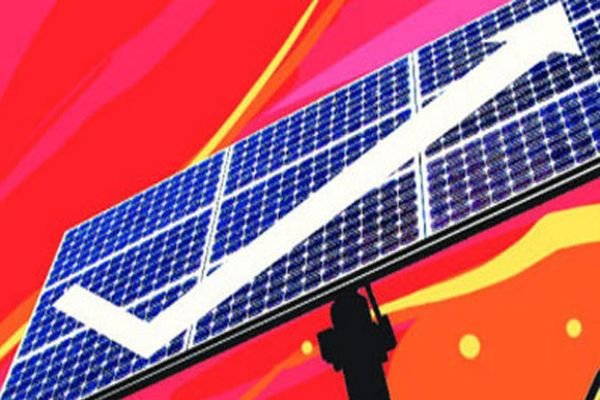 The winning price was Rs 2.94 per unit, which was way above the winning tariffs of Rs 2.47 and Rs 2.44 per unit at the last two auctions in Rajasthan in December and May last year respectively.

Though Karnataka gets lower solar radiation than Rajasthan and the winning tariff was expected to be consequently higher, the 50 paise per unit rise is striking.

This increase in part, is attributed to the rising cost of solar panels and modules that are imported from China. This increase is also a pointer to the difficulties the solar segment has lately been facing. A recent re-classification of solar panels and modules by the Central Board of Customs and Excise has subjected them to 7.5% import duty, apart from various kinds of cess, while formerly they were in a category whose import was free.

The location of the 860 MW auctioned was distributed across 43 talukas of Karnataka, with 660 MW across 33 talukas auctioned under the ‘open category’, where imported equipment is allowed, and 200 MW across 10 talukas under the ‘domestic content requirement (DCR) category’ where only locally made modules are permitted.

The lowest bids in the open category were by Acme Solar in Kudligi taluka and Shapoorji Pallonji at Jagalur taluka, both seeking Rs 2.94 per unit. The highest bid was Rs 3.34 per unit by Asian Fab Tech in Doddabellapur taluka. Most of the winning bids across different talukas were above Rs 3 per unit.

Of the nine winners, the biggest was Shapoorji Pallonji Infrastructure Capital with 185 MW, followed by Acme Solar with 106 MW and ReNew Power with 99 MW.

In the DCR category, which has been plagued by several problems, the results of 100 MW across five talukas were withheld. Sources claimed they had not received bids at all.