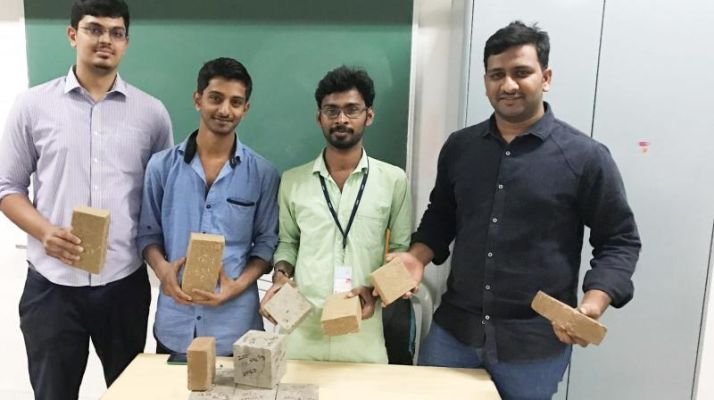 A group of young scientists and engineers in the city of Bengaluru have come up with an innovative product -concrete bricks made from lake sludge which are totally environment-friendly unlike cement-based ones.

The cost of each brick can be reduced to almost half of their conventional counterparts and they are one and a half times stronger as well. Researchers have filed for three patents-or sewage sludge bricks, ornamental bricks and cementless structural-element pave bricks.

Using geopolymer technology, the team has been working and experimenting since 2016 as part of their final project at college. They have also registered a startup named CO3 Structural Systems which has been recognised by the Department of Industrial Policy and Promotion (DIPP), Government of India.

The company is now working on another project related to utilising mine dust for innovative solutions and is hopeful of setting up a brick factory soon near to the city.