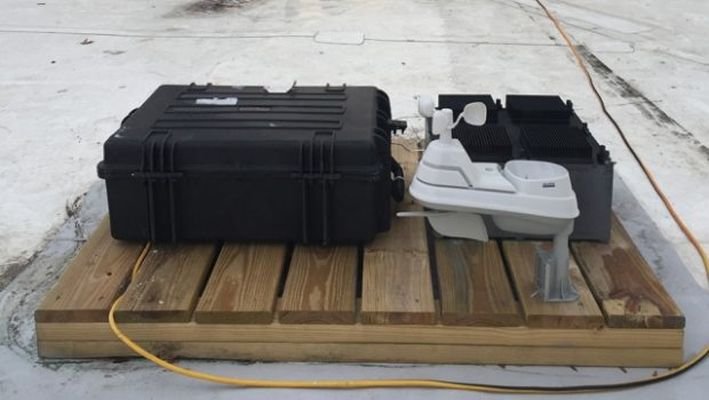 Researchers at MIT have come up with a device they call a thermal resonator that harvests energy from changes in temperature. The thermal resonator has a foam made of nickel or copper at its core that is coated with graphene to increase its conductivity. Then it is infused with octadecane, a phase-changing material that stores the electricity created. The result is a device that is always capturing heat on one side and storing it on the other.

A thermal resonator could capture electricity from the difference in ambient temperature between daytime and nighttime.

The first working prototype produces only 1.3 milliwatts of current. Not much, but enough to power sensors in remote locations without needing to connect them to a power source.

The MIT researchers have been using an early prototype to power the weather monitoring system seen in the photo. The thermal resonator is in the black box located behind the white weather sensors. The black case to the left contains test equipment to monitor the performance of the prototype.

The team suggests the devices could serve as backup power sources that supplement more traditional sources. For instance, they can function when solar panels are shaded. They can even be mounted beneath solar panels where their heat absorbing properties could help cool the panels, boosting their efficiency. While there are other pyroelectric devices, the thermal resonator has proven in testing to produce up to three times the electricity of those other devices.