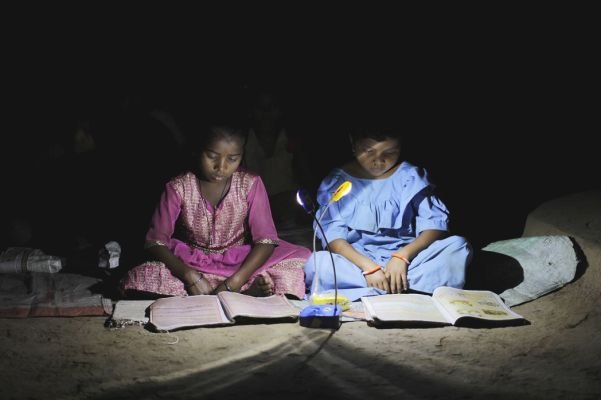 Ministry of New and Renewable Energy (MNRE), has been running a program under which solar study lamps have been distributed in various states across the country.

One million solar study lamps have been distributed in three Indian states under “The One Million Solar Study Lamps Program” which was approved in January 2014 by MNRE for empowering underserved communities. The states which benefited from this program are Madhya Pradesh, Maharashtra, and Rajasthan.

After the program was successfully implemented in May 2016, the MNRE approved the distribution of 500,000 solar study lamps in various states across the country. Following the success of the program, MNRE also approved a new project for the distribution of 7 million solar study lamps in the states of Assam, Bihar, Jharkhand, Odisha, and Uttar Pradesh in December 2016.

To ensure universal electrification in the country, the government has been running programs such as Pradhan Mantri Sahaj Bijli Har Ghar Yojana (SAUBHAGYA) to electrify all willing households in the country, in rural as well as urban areas using solar power.

However, electrifying all household is a time-consuming and daunting process and government programs such as “The One Million Solar Study Lamps Program” can help provide immediate relief to citizens from the erratic and sometimes non-existent power supply.