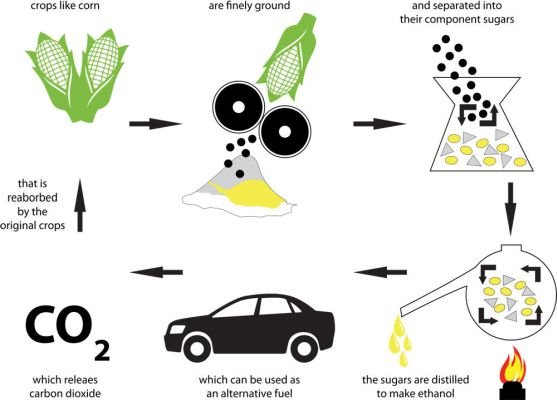 India has ta­ken significant strides by ta­pping into its renewable energy sources and technology to cut its carbon footpr­int. Over the last few yea­rs, the nation has witnessed a tectonic shift in its transpo­rt sector with the introd­u­ction of bio-fuels like et­h­a­n­ol that are indigenous, non-polluting and renewable.

It is projected that CO2 emissions can be reduced up to 10.41 million ton CO2 by 2021-2022 at a 20 per cent blending rate of ethanol. Over the last 3 years, India’s crude oil imports have been steadily rising, with the country importing more than 80 per cent of its crude oil demand through imports.

If the supplies are as stated above, India could achieve an average blend rate of 5.1 per cent, and th­ere is also demand from the competing chemicals and potable alcohol sectors, wh­i­ch must be taken into acco­unt.

Even as plans are being made and MoUs signed for bio-refinery plants to be rolled out in the country to facilitate 2G ethanol, it is the country’s upcoming national policy on bio-fuels, which will set the pace for future action.

India must ensure that the focus remains solely on ensuring an increased ethanol blend rate in order to reap its environmental benefits. Similarly, it is also expected that oil marketing companies will provide an offtake guarantee for 2G ethanol for a period of 15 years. Besides this, with India recently signing the Biofuture Declaration at UNFCCC Conference in Bonn, Germany, in November 2017, international collaborations with foreign players is also set to be ramped up.

Thus, while there is huge potential for India’s domestic bio-fuels sector, India must learn from the experiences of other bio-fuel economies and hope to stabilise its ethanol blend rate in order to maintain a sustained level of growth.