Ikea Pledges To Use Only Renewable And Recycled Materials 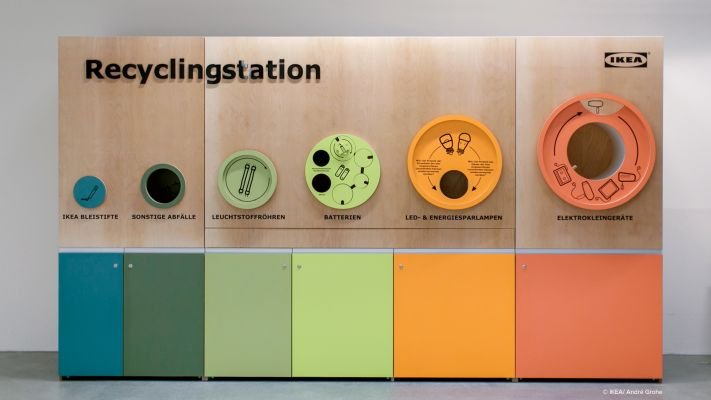 The world’s largest furniture retailer pledged to use only renewable and recycled materials in its products as part of a plan to have a positive impact on the world’s climate by the end of the next decade.

Ikea aims to reduce more greenhouse gases than its value chain emits by 2030 and will reach that goal by “drastically reducing the climate footprint of the products and operations in absolute terms. The company will for example capture and store carbon and work with suppliers to reduce greenhouse gas emissions.

The company, founded by the late Ingvar Kamprad in Sweden in 1943, is leading the way on tackling environmental challenges and is already on track toward becoming fully powered by renewable energy by next year.

As part of its latest push, Ikea will remove all single-use plastic products from the Ikea range globally by 2020 and increase the proportion of plant-based choices in its food offering.

The largest Ikea franchisee, with 363 stores in 29 markets, also plans to achieve zero-emissions home deliveries and expand its home solar-energy solutions offering to all its current markets by 2025.

The measures should reduce Ikea’s total climate footprint by an average of 70 percent per product by 2030, from 2016 levels.

“Ikea ultimately aims to design its products, in such a way, so that they could be re-purposed, repaired, reused, resold and recycled.”