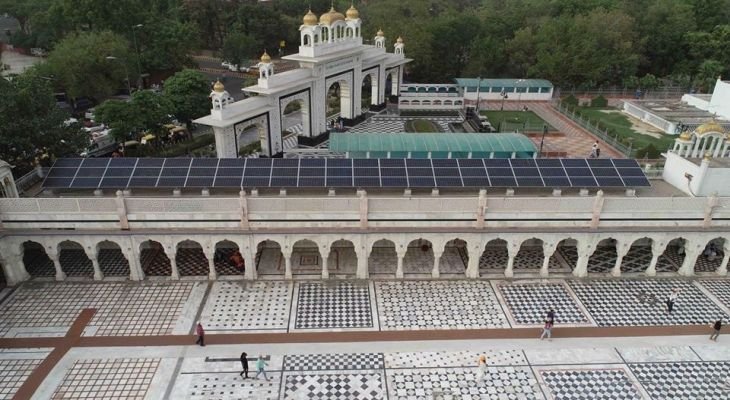 This plant is expected to generate 2 million units of energy annually, resulting in annual savings of ₹1 crore. The Rakab Ganj Sahib project is expected to reduce carbon footprint of around 1,800 tonnes every year. Over the life cycle of the plant, 45,000 tonnes of carbon emission would be reduced.

The DSGMC has been working for solarising rooftops of the Gurdwaras and educational institutions associated with it.

Lauding this noble initiative by DSGMC, Shri Singh said that this would inspire other institutions to go green and become environment conscious. He said that 20 cities in India are ranked among the most polluted in the world and there is an urgent need to reduce fossil fuel use so that we leave a better world for our children.

The Minister reiterated the Government’s commitment to bring electricity to every household by 31st December, 2018.