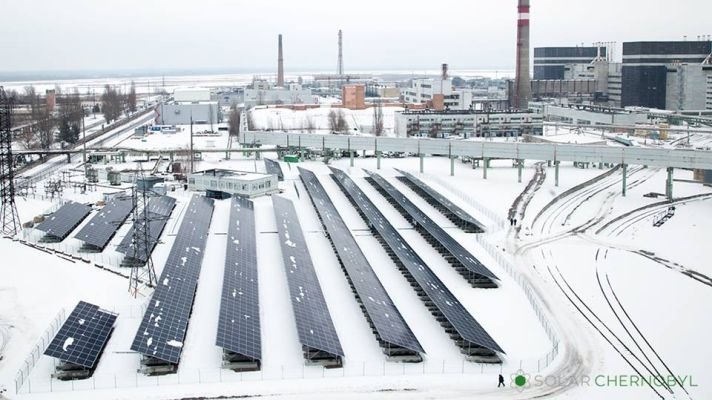 For decades, the site of the Chernobyl nuclear disaster has remained abandoned. According to Ukrainian authorities, an area larger than 2,000 square kilometers (772 square miles) near the site of the disaster is so contaminated that people won’t be able to safely live there for 24,000 years.

Today, the abandoned site of the world’s worst nuclear disaster is no longer just a radioactive pile of rubble. It’s the future home of Ukraine’s first solar plant.

Now, Solar Chernobyl is building a massive solar farm on the land to provide renewable energy for those living nearby.

Roughly 100 meters (328 feet) away from the immense metal dome Ukraine placed over the Chernobyl nuclear power plant’s failed reactor in 2016, workers have installed about 3,800 solar panels to support a one-megawatt solar power plant. Because the soil is still heavily contaminated in the area, the solar panels are attached to a concrete base.

Solar Chernobyl, the Ukrainian-German company that is leading these efforts, claims the project will be on stream in the next few weeks. Initially, the plant will be able to cover the needs of a medium-sized village (about 2,000 apartments).

The company spent an estimated one million euros ($1.54 million) on the solar installation, and based on current projections, it may be able to pay for itself in as few as seven years.