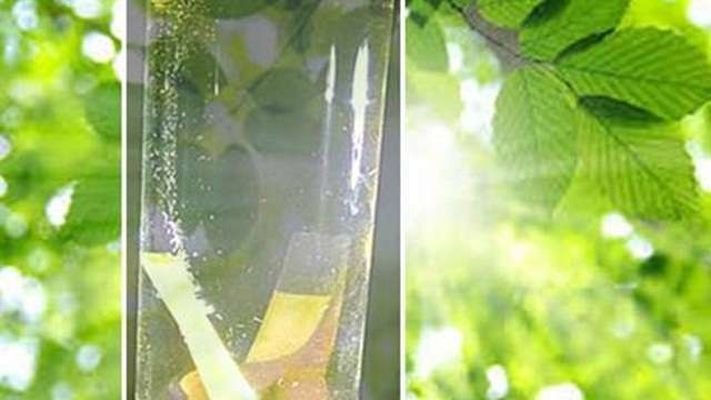 Researchers at the University of Cambridge have used semi-artificial photosynthesis to produce hydrogen fuel from water using the most abundant source of power – sunlight.

They used natural sunlight to convert water into hydrogen and oxygen using a mixture of biological components and man made technologies.

Photosynthesis is the process plants use to convert sunlight into energy. Oxygen is produced as by-product of photosynthesis when the water absorbed by plants is ‘split’. It is one of the most important reactions on the planet because it is the source of nearly all of the world’s oxygen.

Hydrogen which is produced when the water is split could potentially be a green and unlimited source of renewable energy.

Artificial photosynthesis has been around for decades but it has not yet been successfully used to create renewable energy because it relies on the use of catalysts, which are often expensive and toxic.

Researchers not only improved on the amount of energy produced and stored, they managed to reactivate a process in the algae that has been dormant for millennia.

Hydrogenase is an enzyme present in algae that is capable of reducing protons into hydrogen but during evolution this process has been deactivated because it wasn’t necessary for survival but now researchers have successfully managed to bypass the inactivity to achieve the reaction — splitting water into hydrogen and oxygen.

The findings will enable new innovative model systems for solar energy conversion to be developed.