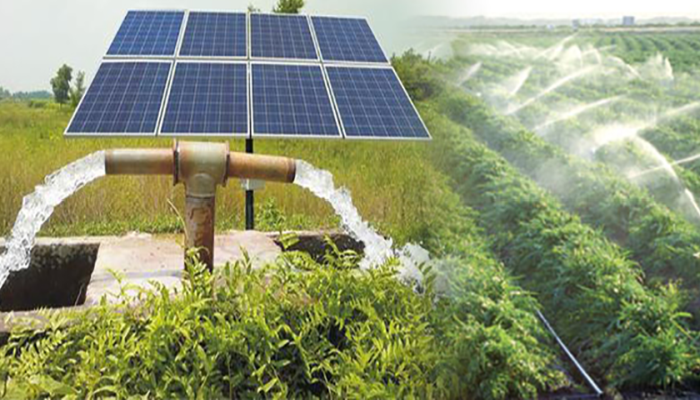 Solar can be a game changer for the agricultural sector, saving precious water resources, reducing dependency on the grid, and even becoming an additional revenue stream for farmers.

Out of the nine states that have segregated agricultural power feeders, four — Andhra Pradesh, Gujarat, Punjab, and Madhya Pradesh — have achieved or are close to achieving 100 percent segregation.

Feeder segregation has two key benefits. First, by allowing independent control of power supply to farms and to non-farm users (households, hospitals, etc.), it ensures that non-farm users are not affected by surges in agricultural demand. Since farm electricity can be switched off and controlled without affecting non-farm users, they receive reliable, uninterrupted electricity throughout the day.

Consequently, the second benefit is that farmers can be promised a window for reliable electric supply instead of erratic power throughout the day, allowing them to irrigate in a targeted and effective manner.

Agricultural demand for electricity is one of the largest burden on India’s power sector as irrigation systems are largely undeveloped and farmers are dependent on electricity to power their pumps.

Solar can mitigate this entire portion of demand by generating power at the source and converting users into suppliers. Even if each farmer uses a small parcel of land for a solar system, it will be sufficient for their needs, all while taking the burden off DISCOM’s shoulders.

It is a win-win-win for everyone: farmers, DISCOMs and the climate.