Hyundai To Offer ‘Solar Roof Charging’ For Cars By 2019 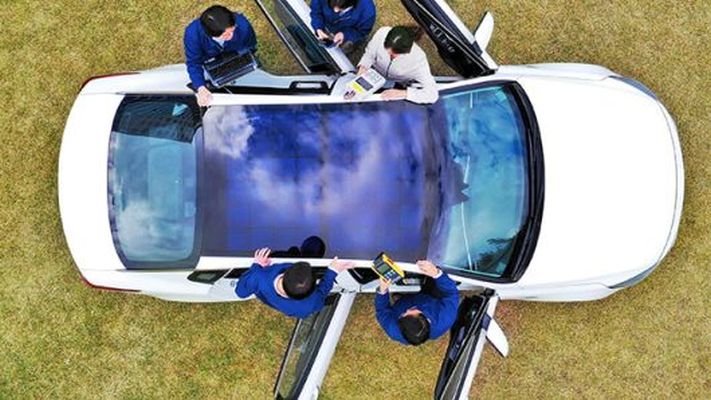 Keeping this back drop in mind Hyundai Motor Co and its affiliate Kia Motors Corp are planning to launch a solar charging technology for some Hyundai vehicles to meet global emission regulation targets. Solar panels will be mounted on the roof or hood of the vehicles, the companies said.

The Hyundai Motor Group said that electricity generating solar panels would be “incorporated” onto either the roof or hood of vehicles.

The plan is for the panels to supplement hybrid, internal combustion engine and battery electric vehicles with extra electrical power. This will, Hyundai said, help to increase both range and fuel efficiency and reduce carbon dioxide emissions.

The first-generation system, which is set to be launched from 2019, is being developed for hybrid vehicles. The second-generation system is for internal combustion engine vehicles and will feature a semi-transparent solar roof.

Hyundai said the third-generation system was undergoing testing. The idea is for it to be added to the hood and roof of battery electric vehicles.