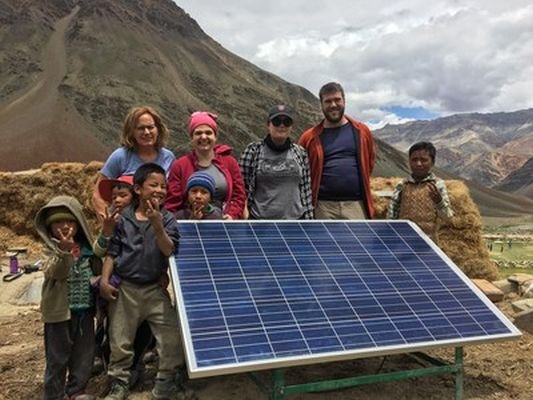 In cooperation with Global Himalayan Expedition (GHE), which leverages tourism to provide clean energy and digital education access to remote communities, REC Group contributed its solar panels that now generate energy in remote villages and schools in the Ladakh and Zanskar regions of India.

Thanks to the REC solar panels, every household in the villages now has basic access to energy, including LED lights in all rooms, street lights for the common areas and much better lighting in schools.

The remoteness of the regions presented a major challenge in terms of logistics. The 50 REC solar panels were installed on the ground and on villager’s roofs by GHE engineers.

However, apart from the initial installation, the objective is to put the villagers firmly in charge (also due to the cost of getting skilled maintenance engineers to the remote areas). The operating model is designed to keep communities independent.

Three villagers from each village were trained to operate and maintain the system, and a Village Electricity Management Committee of two to three villagers serves as a single point of contact for activities related to the grid, including collecting rentals.

The initiative is expected to eliminate 9,000 liters of kerosene per year and 22.8 tons of CO2 emissions. 100% of the population now have basic energy access for lighting that is not just cleaner, but also brighter

This is a Syndicate news-feed