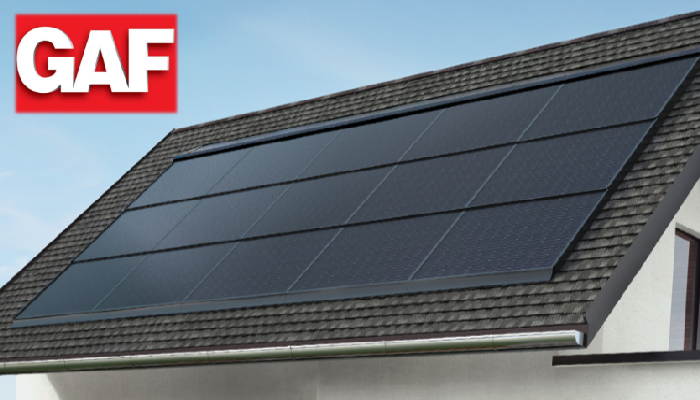 Standard Industries, the largest roofing company in the world, has created a new division known as GAF Energy that will allow traditional roofing contractors to offer its customers a solar roof option whether they are building a new home or replacing the roof on their existing home.

About 5 million homes get new roofs every year, but only 300,000 add solar panels as part of the project. That leaves an enormous opportunity for a new company like GAF Energy.

It will sell PV panels that are engineered to install like skylights. They are mounted at the same time as the regular shingles, giving a seamless look to the finished project and keeping installation costs low.

The process also avoids the risk of leaks that are possible if solar panels are attached to a roof on separate racks.

The company says its integrated solar panels have an efficiency of around 17%, which is the norm for traditional rooftop solar panels. Tesla has not released specifications about its upcoming SolarRoof tiles but similar products have a lower efficiency rating of between 12% and 13%.

GAF Energy expects to ship about 10 megawatts of solar systems this year in nine US states including California and New York.