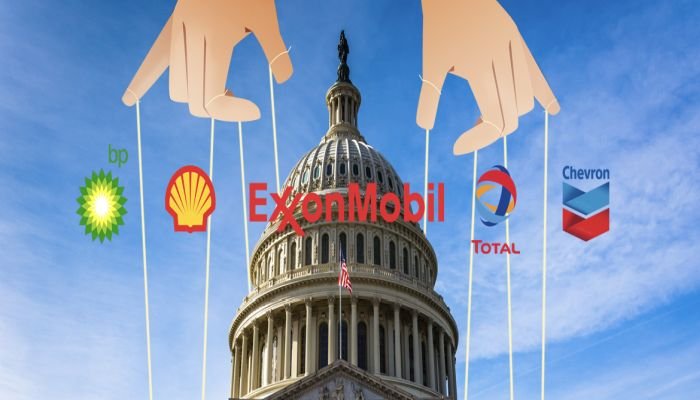 According to the report, the five oil and gas majors have spent over $1 billion of shareholder funds on misleading climate-related branding and lobbying in the three years following the formation of the Paris Climate Agreement — branding and lobbying which are “overwhelmingly in conflict with the goals of this landmark global climate accord and designed to maintain the social and legal license to operate and expand fossil fuel operations.”

Specifically, the report finds that there is a carefully-managed trend of campaigns designed to portray positive messaging combined with negative policy lobbying on climate change in an effort to maintain public-facing support while simultaneously blocking the creation of binding policies.

The authors point to the nearly $200 million spent each year on lobbying designed to “control, delay, or block binding climate-motivated policy” — lobbying which has intentionally hindered governments around the world in their efforts to implement policies supporting the Paris Agreement.

The major messaging narrative being peddled by all five oil and gas majors is the idea that there is an increased need for fossil fuel production so as to meet global energy demand.

However, the companies central to the report have hit back at the “fanciful” figures found in the report, which in turn raises questions about the report’s methodology, based as it is on “best-available” information.