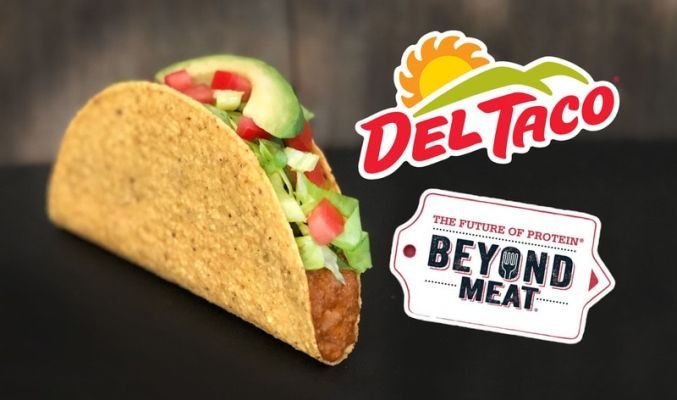 The American chain franchise Del Taco just announced that it will be the first fast-food taco joint to sell plant-based Beyond Meat as an alternative to beef, starting on April 25. They will be vegetarian (with cheese) and vegan versions. Both will sell for $2.49 (the standard taco is $1.49).

For the uninitiated, Del Taco is a restaurant chain that sells Mexican food in 580 locations across the US. Now it’s also the first Mexican fast-food concept to sell tacos with Beyond Meat.

The move doubles the number of fast food chains to feature plant-based meat alternatives from one to, uh, two — earlier this month, Burger King announced that it had partnered with Impossible Foods to create meatless Whoppers.

The partnership is further evidence that plant-based meat is going mainstream, and fast. Startups like Beyond Meat and Impossible Foods are racing to team up with traditionally meat-focused restaurant chains that can introduce plant-based meat to a wide consumer base.

According to Vox’s analysis although Del Taco and Burger King are sourcing their meat alternatives from different companies, but the competition doesn’t concern Ethan Brown, Beyond Meat’s founder and CEO, he’s happy to see the meat alternative market grow.

The iconic hamburger chain McDonald’s is also planning to start serving up high-tech meatless burgers alongside its Big Macs and Chicken McNuggets.

It’s not clear whether the burger chain would spring for an off-the-shelf vegetarian burger, like those made by Impossible Foods, or develop its own in-house.