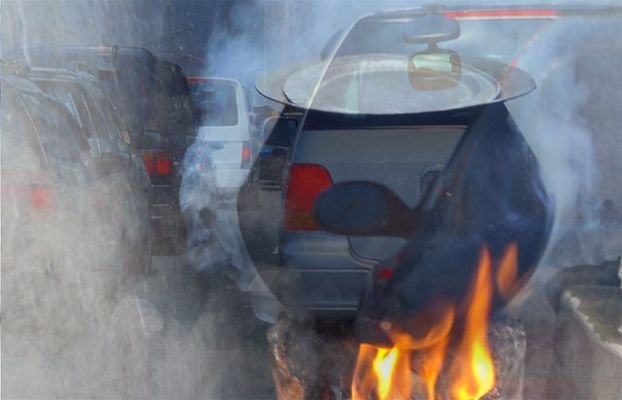 India, where wood, cow dung, coal, and kerosene are the primary sources of heat and cooking for about half the population of the country’s 1.4 billion people.

Researchers at the University of California Berkeley and the India Institute of Technology have found that eliminating emissions from these household fuels would be enough to make India’s outside air quality meet its air quality standard even without any changes to industrial or vehicle emissions, according to a report by Science Daily.

The study shows that mitigating the use of household fuels could reduce air pollution related deaths in the country by about 13% — equivalent to saving 270,000 lives a year.

There are 3,000 chemicals that have been identified in wood smoke, and taken at a macro level, it is very similar to tobacco smoke. indian can’t have a clean environment when about half the houses in India are burning dirty fuels every day.

Two things would help — electrification for heat and and clean burning propane for cooking.

India has already distributed propane stoves to about 80,000,000 households. While they create carbon dioxide emissions when used, at least they don’t inflict damage to the lungs of people nearby.

One would think the exhaust from hundreds of millions of motorbikes and hundreds of coal-fired generating stations would be the largest contributors to India’s poor air quality.

The researchers were surprised to discover cooking and heating fuels had such a significant impact on air quality. The solution, as suggested by the Energy Watch Group is clear — electrify everything.

Assuming the electricity comes from carbon free sources, that is.