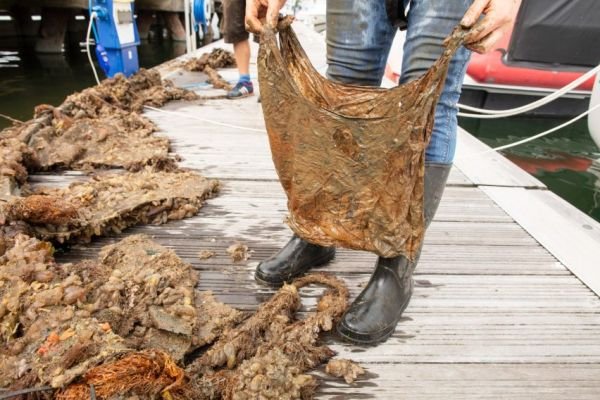 Bags made of supposedly biodegradable plastics remain intact and useable three years after being dropped in the sea or buried underground, researchers have found.

The study, carried out by the University of Plymouth’s International Marine Litter Research Unit, challenges assumptions that switching to biodegradable plastics could reduce ocean-plastic pollution.

The results showed that none of the bags could be relied upon to show any substantial deterioration over a three-year period.

Five types of plastic carrier bag, all widely available on the UK high street, were used for the experiment.

Each bag was left exposed to the kind of conditions they would encounter if they were discarded as litter, including being left in the open air, buried under soil or submersed in the sea.

The scientists tested the bags at regular intervals, monitoring them for changes in strength, texture and chemical structure.

The compostable bag did disappear in the sea after just three months, but was still present in the soil when tested after 27 months. However it was not able to hold a load without ripping.

All of the five kinds of bags broke down into fragments within nine months when exposed to the air.

University of Plymouth’s research is a timely reminder that no material is magic, and can only be recycled in its correct facility.

Plastics described as biodegradable can be made from bioplastics – plastics made from renewable biomass sources such as corn, algae or chitin – or from petrochemicals that have added elements that help them biodegrade.

However the term “biodegradable” can be misleading, since it does not indicate how long the material takes to degrade, or under what conditions.