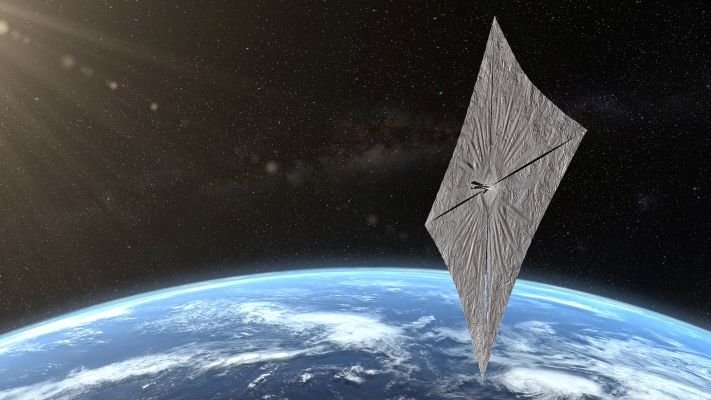 Right now, space travel as we know it is plagued by a few stubborn problems, most of which boil down to striking a balance between speed and time. The faster you travel, the more energy you need.

Faster speeds — required to reach long distances in a reasonable time-frame — also mean more difficulty slowing down. Researchers are working on a way to use light to overcome these obstacles.

This approach seizes upon the fact that light exerts a minuscule amount of force on anything it hits. So, a lightweight enough craft with a large enough sail should be able to use this force to slow itself down.

The idea isn’t new, but such a practically possible iteration of the concept was…

In January of 2016, NASA’s Juno spacecraft became the most distant solar-powered probe in the history of space exploration — an achievement made possible by improved solar cells and a more energy-efficient spacecraft.

Another light and sail application — the crowd-funded LightSail 2 spacecraft of the Planetary Society — completed its final end-to-end systems tests successfully.

After months of delays, the 11 pound spacecraft propelled by the power of sunlight is finally launching aboard a SpaceX Falcon Heavy this summer from Kennedy Space Center in Florida.

The shoebox-sized LightSail 2 is the result of ten years of research and engineering by the Planetary Society — and it could pave the way for a radical new method of off-world propulsion that doesn’t rely on fuel.

LightSail2 doesn’t simply collect solar power through panels as a way to run conventional propulsion systems — instead, it uses the momentum transferred onto objects by sunlight itself.

Photons from the Sun have no mass, but they do exert radiation pressure, which means the large flat surface of LightSail 2 can use it to push itself along like a sail boat.

If everything goes according to plan, the Planetary Society’s spacecraft could become the world’s first spacecraft to orbit the Earth using sunlight.

The tech could eventually bring down the costs of powering small satellites and spacecraft.