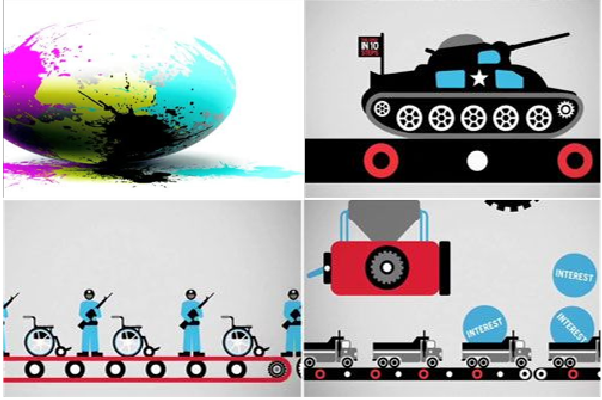 With an armed force of more than two million people, 11 nuclear aircraft carriers, and the most advanced military aircraft, the US is more than capable of projecting power anywhere in the globe,and with “Space Command,” into outer-space.

All this capacity for and use of military force requires a great deal of energy, most of it in the form of fossil fuel.

This make U.S. Department of Defense as the world’s largest producer of greenhouse gases, with a carbon footprint that surpasses several developed countries.

However due to legal loopholes Pentagon has avoided disclosing its emissions, which reached 1.6 billion metric tons between 2001 and 2017.

And the ongoing War on Terror accounts for about 35 percent of its carbon emissions.

The National Defense Authorization Act which was recently signed by U.S. president Donald Trump has several facts about how climate change could have an effect on the military — as well as outlining the ways in which it already has.

Droughts caused by rising temperatures, for example, have the potential to start more dangerous wildfires near military bases.

Flooding has already been problematic, causing damage to roads and runways used by military personnel.

According to the bill, 128 military bases would be at risk following a 3-foot rise in sea level, with many susceptible to submerging in the coming years.

The most ridiculous thing about the military’s obscene carbon footprint, which exceeds that of Portugal and the Netherlands, is how the Department of Defense is now scrambling to protect its bases from the effects of the climate change catastrophe it helped cause.