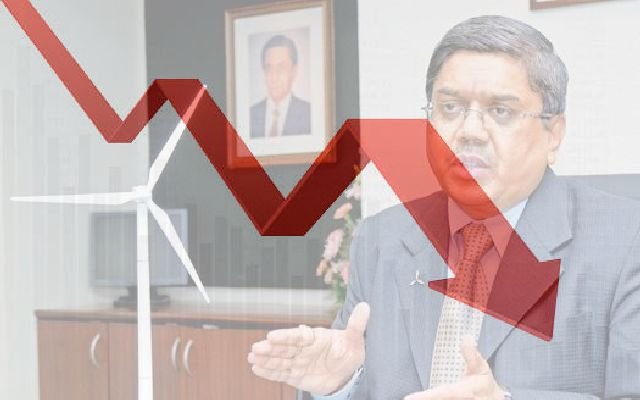 Yet another renewable energy major in India is facing a huge financial challenge and has attracted interest from foreign investors.

Suzlon Energy is believed to have offered a majority stake in the company’s operations and maintenance arm which services over 18 gigawatts of wind energy capacity across the world.

According to media reports, Suzlon Energy has a net consolidated debt of around US$1.12 billion, which includes US$547 million of foreign currency convertible bonds (FCCBs) and around US$490 million in working debt.

The company had opted for conversion of US$375 million of FCCBs into equity till December 2018, however, the company is currently in no position to honor the balance FCCBs worth US$172 million which are set to mature this month, reports added.

The company has already defaulted on a payment of Rs 412 crore (US$60 million) earlier this year.

The major reason behind Suzlon’s financial problems is the ballooning debt. The company reported that its total debt increased four times in the financial year 2018-19 compared to the previous financial year.

Poor volumes due to highly regulated capacity addition in the Indian wind energy sector and increased competition are the prime reasons for poor revenue and profits.