Airspeeder: A Car Racing In The Sky 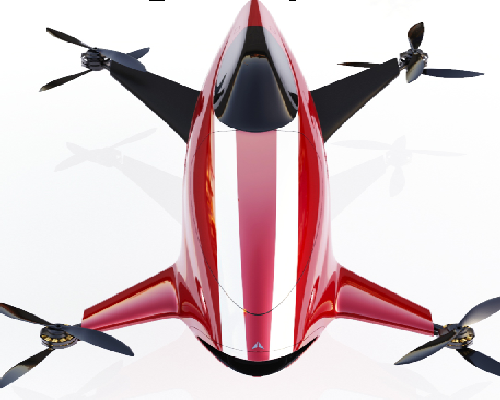 Airspeeder, which is the name of the planned racing series backed by Australian startup Alauda Racing-a radical new airborne motorsport for the 21st century-the new urban air mobility (UAM) machine which made its public debut at this month’s Goodwood Festival of Speed.

Matt has been interested in the electric vertical take-off & landing (eVTOL) industry for some time, and now aims to reach consumer sales of a flying electric motorcycle.

Pearson’s technology will be raced around an aerial track for Airspeeder. There was a static display of the Airspeeder Mk. IV octocopter at the Festival of Speed Future Lab for all to see at the latest Goodwood Festival of Speed.

The first Airspeeder World Championship – featuring 5 teams and 10 pilots – will take place in 2020 and will open the door to broader investment and consumer interest in a flying electric motorcycle.

The Mk. IV octocopters will reach 200 km/h with a power-to-weight ratio greater than an F-18 fighter jet.

“Flying cars are no longer a fantasy, they are a reality and Goodwood Festival of Speed is the perfect place to introduce Airspeeder to the world. We’ve taken design cues from the golden era of racing, and we’re sure the tens of thousands of enthusiasts present will instantly appreciate this evolution of motorsport. Totally absorbing, and all electric, it will appeal to a whole new generation of race fans.”