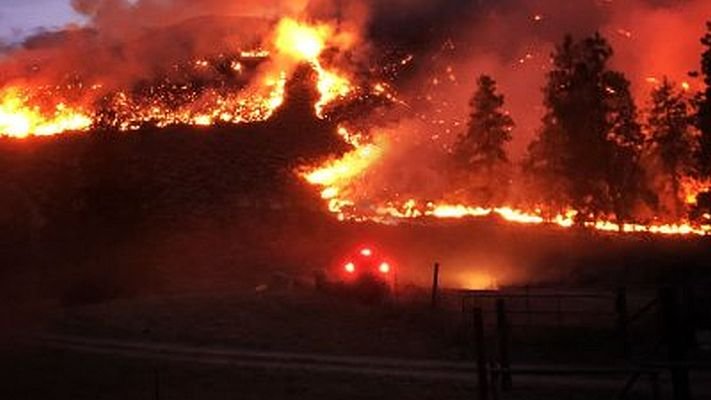 Fires are raging at a record rate in Brazil’s Amazon rainforest, and scientists warn that it could strike a devastating blow to the fight against climate change.

The trees of the Amazon are said to be responsible for producing 20 percent of oxygen in our planet’s atmosphere. It is considered vital in slowing global warming, and it is home to uncountable species of fauna and flora.

Roughly half the size of the United States, it is the largest rainforest on the planet.

According to Brazil’s National Institute for Space Research (INPE), it’s the worst fire season since the agency began tracking the rainforest in 2013 — with 83 percent more fires than over the same period in 2018.

Entire regions of the country stayed dark as massive amounts of smoke caused by the fire swept the north east. São Paulo — a city of over 12 million people thousands of miles from the Amazon — was engulfed in a black shroud most of this week, blocking out the light of the Sun almost completely.

Many of the wildfires are caused by farmers deliberately setting the land on fire to deforest land for cattle.

Environmental activists and organizations like the World Wildlife Fund warn that if the Amazon reaches a point of no return, the rainforest could become a dry savannah, no longer habitable for much of its wildlife.

If this happens, instead of being a source of oxygen, it could start emitting carbon — the major driver of climate change.