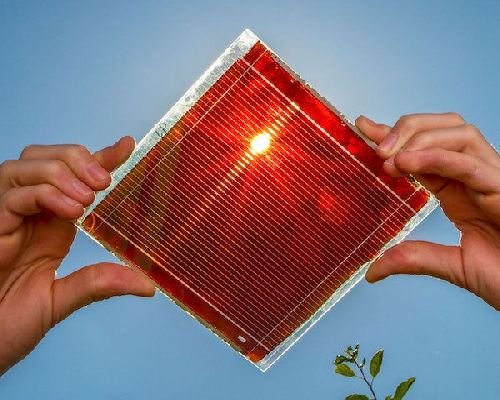 Perovskite solar cells are a mixture of organic molecules and inorganic elements within a single crystalline structure and can be bonded to a flexible backing, which means they can be used for many applications where traditional solar panels are not feasible, such as on the roof and fenders of electric automobiles.

What they can’t do — yet — is match the efficiency or durability of conventional silicon solar cells.

However, a international team from China’s Shanghai Jiao Tong University, Switzerland’s Ecole Polytechnique Fédérale de Lausanne, and the Okinawa Institute of Science and Technology Graduate University in Japan claims to have developed a perovskite solar cells which has an efficiency of 18.1% by using a new configuration of cesium lead iodide (CsPbI3) perovskite cells.

The researchers have found a way to repair the cracks that often emerge on the surface of perovskite cells by applying a choline iodide solution which heals them.

The scientists said their results show encouraging signs for the further development of CsPbI3 for solar applications but admitted the perovskite technology is still lagging.

“For CsPbI3 to truly compete with silicon, the team will have to work on these trinity of factors namely stability, cost and efficiency, till then the silicon’s reign will continue: .”