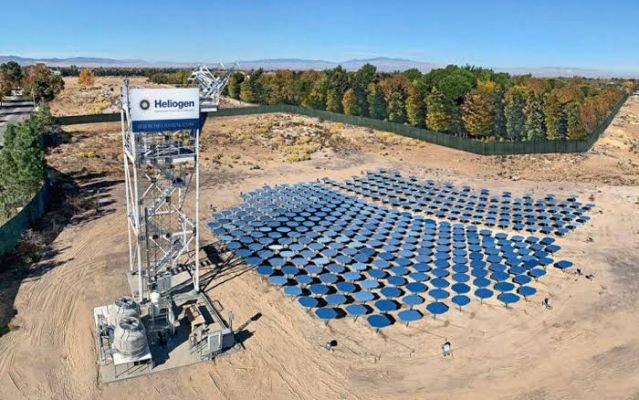 It has discovered a way to use artificial intelligence and a field of mirrors to reflect so much sunlight that it generates extreme heat above 1,000 degrees Celsius.

Heliogen used an artificial intelligence algorithm to position a massive array of mirrors so that they all redirected sunlight onto a single point — heating it to over 1,000 degrees Celsius, which is about a quarter of the temperature on the surface of the Sun.

That’s hot enough to manufacture things like steel and cement, raising the possibility of eradicating a major source of greenhouse gas emissions by switching to solar.

Heliogen isn’t the first to focus sunlight and create what’s called a solar oven. But it is the first to reach such a high temperature, an achievement that the company credits to its use of AI to position the mirrors.

This breakthrough means that, for the first time, concentrated solar energy can be used to create the extreme heat required to make cement, steel, glass and other industrial processes. Cement manufacturing plants, which the International Energy Agency calculates are responsible for seven percent of global CO2 emissions.

In other words, carbon-free sunlight can replace fossil fuels in a heavy carbon-emitting corner of the economy that has been untouched by the clean energy revolution.