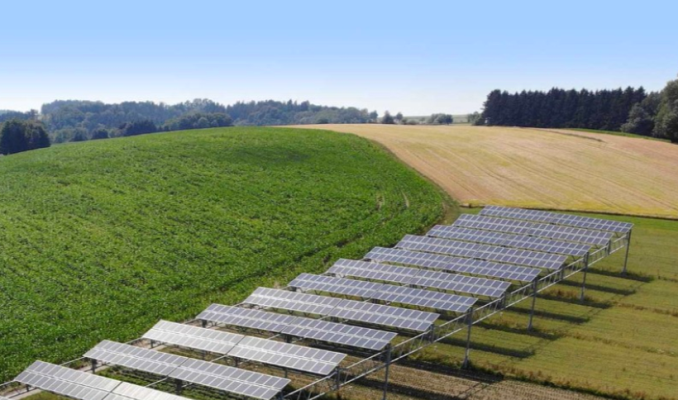 Believe it or not, not everyone is a fan of renewable energy. People complain about wind turbines, saying they create an subliminal noise as the blades rotate that is irritating to those who live or work nearby.

Solar panels don’t make any noise or flicker but they obviously cover a portion of the Earth, which prevents other things from occupying the same space like growing crops, grazing animals etc.

Farmers should be made aware about ‘agrophotovoltaics (APV)’, a way to combine agriculture and solar so as to enhance both. Experiments by Fraunhofer ISE in Germany show that when both are used together, the productivity of land can increase by up to 60%.

What farmer wouldn’t be happy with such a boost?

In France, the Compagnie Nationale du Rhône, a division of French oil and gas company Engie that focuses on renewable energy, is developing a 150 kW agrophotovoltaic project near Lyon that will use portable solar arrays.

“The aim of the experiment is to demonstrate that the management of a micro-climate generated by the mobile solar panels deployed above the crop areas makes it possible to protect [crops], to increase their productivity [and] to reduce water consumption while … meeting the essential needs of the plant,” says CNR. The results are still awaited so we will revisit them after sometime ;o)…

Higher yields from the land coupled with income from permitting solar structures to be built might take away the fear that solar is the enemy of farmers.

In the end, farming and renewables may not be an “either/or” proposition. The correct answer for the farming community may very well be “both.”